This website uses the latest technology. Unfortunately you’re using a browser that is no longer supported. Please download one of the following browsers to gain the full experience of the website.

At Honda we are honoured to be associated with such a great organisation. And very proud of being able to supply New Zealand Dairy farmers a range of products which are designed to perform in New Zealand farming conditions. Congratulations to all the contestants who were involved in this years awards. 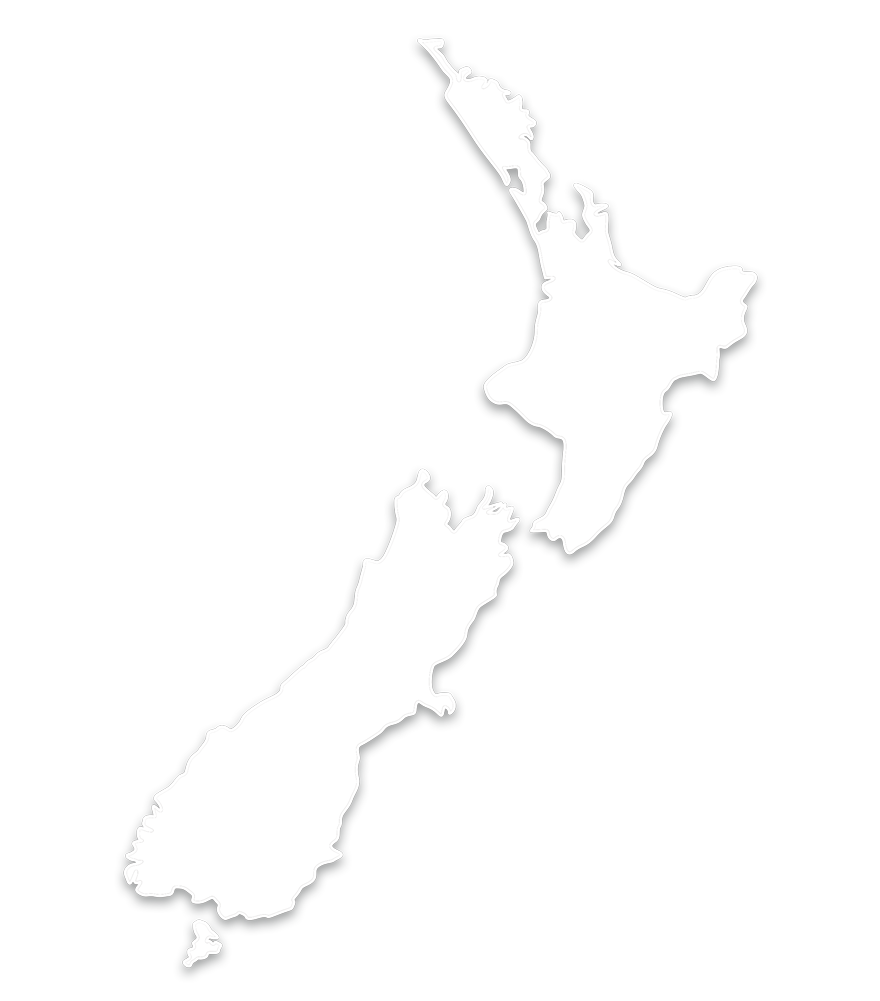 The 2019 New Zealand Dairy Industry Awards winners are a smart, humble and practical couple who are doing very well at dairy farming on a challenging property in Northland.

Share Farmer head judge Kevin McKinley, from DairyNZ, says the Beazley’s impressed the judges with their resilience, team work and attention-to-detail. “They are such a great team and complement each other with their roles on farm.”

The Beazleys, both aged 31, are 50/50 Share milkers for Neil Jones and Wendy Crow-Jones milking 330 cows on the 163ha Wellsford property.

The couple have entered the Awards twice previously and were third placegetters last year in the same category. They believe in the Awards programme as a learning platform to network, benchmark themselves against others in the industry and learn more about themselves personally and their business.

Fellow Share Farmer judge Matt Richards, from Southland says a good example of their pasture management is the way they work with the Kikuya grass they have but are also trying to eliminate it at the same time. “They had a really good understanding of pasture and crop eaten and importance of it in terms of driving operating profit.”

The judges also noted that the Beazleys weren’t afraid to trial new things and were innovative around pasture species and management and their use of technology. “Colin uses a drone to check on the cows and has even delivered a coffee by drone to a staff member working down the back of the farm,” explains Matt.

Judge Jacqui Groves from Westpac noted how strong Colin and Isabella were in their community involvement and leadership. “They have awesome relationships with the people in their local community and are fully immersed in many activities, from Plunket to St John’s to footy and badminton.”

The Beazleys impressed the judges with their use of social media to ‘spread the good word about dairy farming’, and their strong family values and attention-to-detail in all areas of their business stood out.
“Everything was well thought-out and well-planned. They are super organised and hold their staff in high-esteem.”

“We were really impressed at the “Three Shhhh’s” rule – all staff need to be home by 5.00pm and have had a SH-ower, SH-ave and a SH-…, by the time the 6.00pm news is on,” says Jacqui. “Colin is leading by example by ensuring he is home as well.”

Kevin says the judges were very impressed overall at the high calibre of this year’s finalists. “We’ve been from one end of the country to the other and we have met an outstanding group of people excelling within the industry.”

“They have a good work life balance, they still work hard but they find the time to pursue interests off-farm such as sport, and time with family and friends.”

The runners-up in the Share Farmer of the Year competition, Tokoroa contract milkers Marc and Nia Jones impressed the judges with their focus on developing their team’s personal and professional goals.

“They really care about developing people and have even named different geographic spots on the farm after members of their team,” says Jacqui.

The judges noted that the Jones’ farm name, Snowdon Legacy, was a combination of the name of the highest peak in Wales, and Legacy, after the All Blacks book, combining and acknowledging both cultures.

“They had this word ‘AgriCULTURE’ – they create and live a high-performing culture, developing and caring for people, the land, the environment. They don’t just say the word, they live it,” says Kevin. “People are a real focus of their business, they truly care.”

The couple are in their first season contract milking on for Margaret Elliott, on her 270ha, 970-cow Tokoroa property. They won the DairyNZ Human Resources merit award and $28,000 in prizes.

Manawatu 50/50 share milkers Thomas and Jemima Bebbington, both aged 36 & 33 respectively placed third in the competition, winning $19910 in prizes. The couple also won the LIC Recording and Productivity Award. The judges noted their passion for livestock and that they had outstanding community involvement.

Dairy Manager head judge Mark Shadwick says the 2019 Dairy Manager winner is a real all-rounder who benchmarks himself against others in the industry across all aspects of farming.

“He concentrates on all aspects of the farm, but his financial capability and thorough understanding of his finances really set him apart,” he says.

“Matt is goal-focused and knowledgeable. He’s not willing to just sit still, he wants to continually challenge himself to learn and grow,” says judge Malcom Scott from Westpac. “He has strong support from his wife Mel. He doesn’t just have business focus; he has life focus.”

Matt holds a Bachelor of Commerce (Agriculture) degree majoring in Agricultural Management and Rural Valuation from Lincoln University. He entered the dairy industry four years ago and has worked for the past two as a manager.

The Dairy Manager judges were impressed by the calibre of all the finalists and by what they were achieving at a young age. “We thoroughly enjoyed travelling the country and judging all the entrants because they are an inspiring group of young people heading in the right direction who want to make a go of life,” they say. “They want to be leading the way.”

The judges agree that the dairy industry is in good hands. “All the entrants were so inspiring and driven people,” says judge Annalize du Plessis, from Dipton. “I would be happy to employ any of them.”

“The continued use of technology and innovation in pasture management and stock movement has been evident again this year, however it is also strong in the health and safety area, particularly with on-farm inductions, on-farm records and use of social media to monitor staff’s location on-farm and their getting home safely,” says Mark. “All staff are taking ownership of health and safety and they all feel a part of it.”

The Dairy Manager runner-up, James Matheson from Southland, aged 25 years, also won the Meridian Leadership merit award. James is the Farm Manager for Chris Lawlor on his 290ha, 700-cow Gore property and won $11,400 in prizes. The judges noted his casual, relaxed style and that he is an extremely capable manager who runs the farm for an overseas owner.

“James is goal-driven and has achieved many goals he set himself years ago. He places staff as top priority and encourages them to better themselves,” says Malcolm. “He’s basically jumpstarting his staff, giving them a head-start on other people in the industry.”

Laurence is in his third season as Farm Manager for Tauhara Farms Ltd Partnership 365ha, 1040-cow farm at Taupo.

The judges describe Laurence as a humble, passionate, family man with mana, who excels in team management. “He is strong across all areas, but especially in community involvement and leadership,” says Annalize.

Judges described the 2019 New Zealand Dairy Trainee of the Year, Nicola Blowey, from Canterbury as a confident, mature and compelling young woman. (,7She has a mature outlook and her communication skills were exceptional, says Dairy Trainee head judge Jenny Sinclair, from Te Awamutu.

“Nicola came to New Zealand to learn about low-cost pasture-based systems. She has a sound general knowledge base and an ability to interpret farm reports and make recommendations from those.”

Judge Tony Finch, from DairyNZ, says Nicola is an industry leader who is a compelling, knowledgeable and well-rounded person who has surrounded herself with good people.

Nicola, aged 25 years, won $9,700 in prizes along with the Federated Farmers Farming Knowledge Award, the DeLaval Communication & Engagement Award and the Best Video Award presented by Streamliner .. She is employed by Matthew and Vanessa Greenwood as an Assistant Herd Manager on Kieran and Leonie Guiney’s 600-cow, 175ha Fairlie property.

The judges say all the Dairy Trainee finalists are passionate about the dairy industry and aware of industry challenges, particularly environmental.

“They are all community-minded and aware of the importance of having a life-work balance. They are all very mature for their ages,” says judge Mark Nicholas. “The finalists are all doing some amazing things for their community at a young age.”

“From involvement in Young Farmer’s Clubs where they are office holders to coaching sports teams, volunteer fire brigade and ambulance officers, these finalists are sticking their hands up and making a significant contribution to their community, which is fantastic to see.”

The judges noted that Matt had exceptional general knowledge and a commitment to further his industry training. “Matt started in the industry at 16 years of age and has used the PrimaryITO training to its fullest. He is very well-rounded,” they say.

Third placegetter Harry Phipps, 20 years, is Herd Manager for Gary and Kathy O’Donnell milking 400 cows on the 140ha Rotorua farm. The judges described him as a well-rounded farmer who has an excellent sense of environmental challenges and a sound general knowledge. He won $3,000 in prizes.

The prestigious award recognises dairy farmers who demonstrate leadership in their approach to sustainability and who are respected by their fellow farmers and their community for their attitude and role in sustainable dairying.

Judge Gavin Roden, NZDIA Trustee, said the Ropers were passionate, enthusiastic and energetic with an ability to motivate those around them. “They are determined to be better than just compliant,” he said.

From restoring bush on their property to its former natural state to creating a lake and monitoring the water quality, the Ropers impressed the panel of judges with their commitment and passion.

Miles says, as a successful farmer, John was keenly aware of the need for, and benefits of, farming in a sustainable and responsible way.

“John was a hugely respected leader of our Co-op and the wider industry, and the driving force behind this award. Its establishment was his idea so it’s only fitting that the trophy be named in his honour and memory”.

Visit www.dairyindustryawards.co.nz for more information on the awards and winners.